Ballymun in the Sun!

Earlier this month B4b hosted its summer networking BBQ in the unique surroundings of the Rediscovery Centre.  There was a brilliant turn out with lots of new faces and we were delighted to welcome our guest of honour, the newly appointed Lord Mayor Cllr. Paul McAuliffe. Our other special guest on the evening was the sun, who put in a rare public appearance!

Keynote speaker was Barbara Franzoni of Copped on Digital Media who delivered a great presentation on the importance of the use of colours, symbols and fonts when it comes to branding. After the formalities it was time to move outside into the lovely evening sun and indulge in some fine food and drink courtesy of Nan’s Food Truck.  Entertainment was provided by one of our newest members magician Colm Dawson who had our members agog with his amazing card tricks.

The evening concluded with a special presentation to a special individual. It was a landmark birthday for our hardworking and inspirational chairman Robert Murphy who was presented with some lovely books to celebrate his 50th.  Robert’s energy and commitment to Ballymun sets a great example and as somebody pointedly remarked ‘he’s so busy he probably won’t get time to read them!’

And with that everybody disappeared into the sunset quicker than you could say David Copperfield.

PS: a huge thank you to Ed Coleman, Roger Warburton, Grainne and all the staff in the Rediscovery Centre. Due to unforeseen circumstances we had a change of venue at short notice and the RDC came to the rescue and proved to be marvellous hosts.

If you are interested in finding out more about B4b or attending a meeting, send our facilitator Catherine an email on info@b4b.ie.

There are no upcoming events at this time. 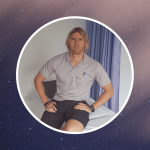 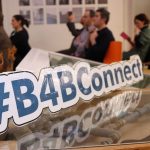